Maverick Archaeologists: Thinking Outside the Box

Mav·er·ick (/ˈmav(ə)rik) refers to an unorthodox or independent-minded person. Maverick archaeologist refers to a scholar who is pushing the intellectual envelope of archaeology and changing the way we think and understand the past, and its impact on our contemporary lives. And boy do we have such folks working with the IFR! I would like to highlight five maverick archaeologists who direct four IFR projects. They think outside the box, they innovate, and they generate excitement for their work. 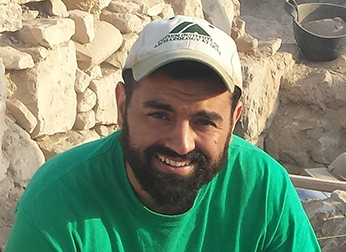 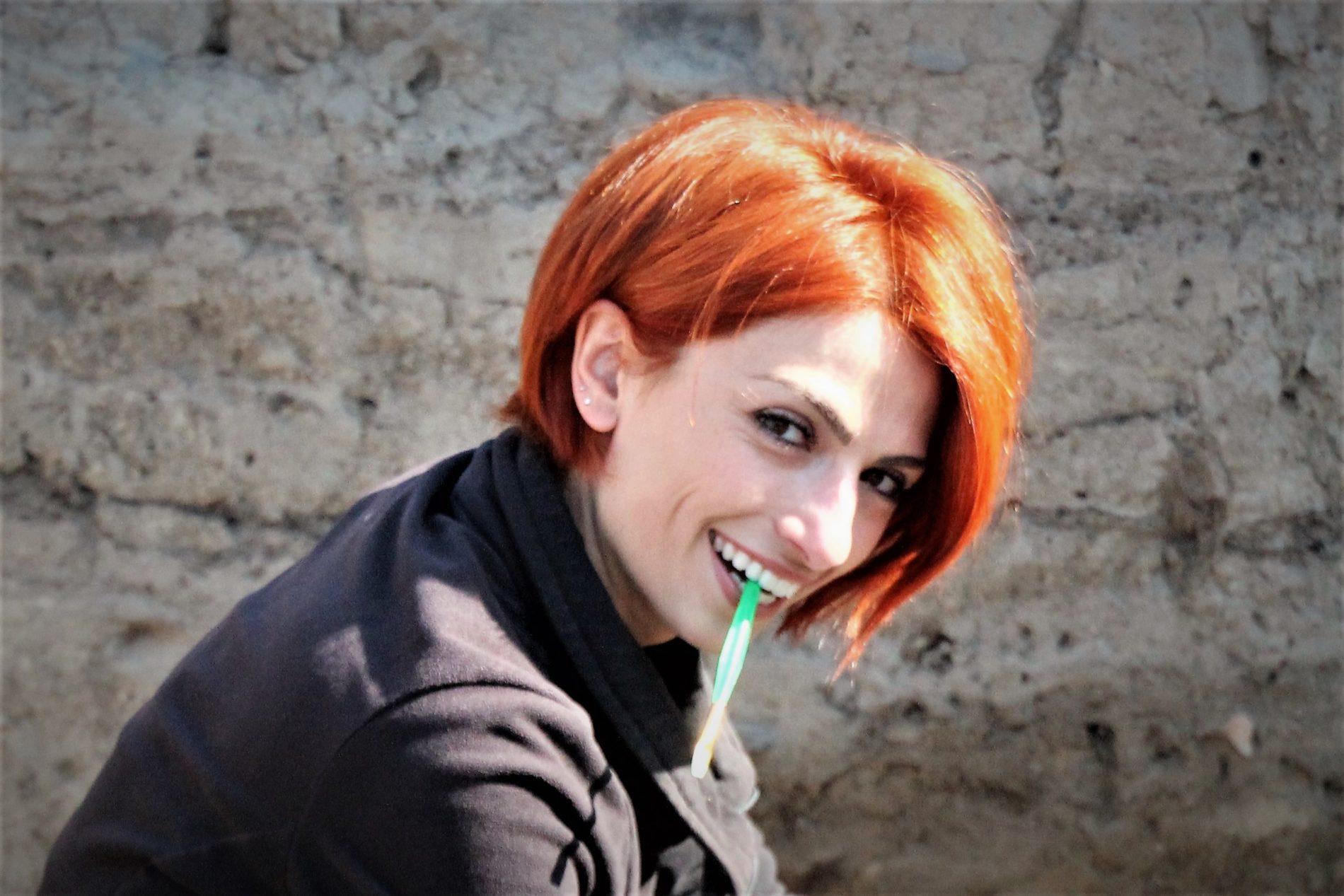 Dr. Kristine Olshansky & Dr. Alan Farahani
As co-directors of the Armenia-Masis Blur field school, these two young scholars are researching the origins of agriculture in the Caucasus. They combine rigorous field excavation program with meticulous collection of archaeological botanical samples and analysis for both human adaptation and early use of domesticated plants.

Dr. Olshansky, a newly minted PhD (UCLA), has been working in Armenia since 2008. She is considered one of the leading Neolithic archaeologists of the region. Her recent work focused on the prehistoric connections between the inhabitants of the Armenian Highlands and the Iranian Plateau and analysis of obsidian artifacts from the site of Masis Blur. Dr. Farahani has worked and published about the domestication of plants in sites throughout the New and the Old Worlds. He has published on the spectacular plant remains preserved by volcanic eruption at Joya de Cerén, El Salvador (Antiquity, 2017) and on the ways in which empires affected the decisions made by farmers for nearly three thousand years in ancient Central Jordan (Journal of Anthropological Archaeology, under review).

Both are dynamic, innovative scholars that intensely engage in the use of cutting edge technology while immersing themselves in the history of research of the region focusing on the shift of humans into more sedentary lives. 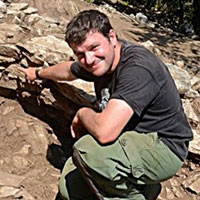 Dr. Alexis Gorgues
The director of the France-Malvieu field school, Dr. Gorgues is a charismatic and dynamic scholar who refuses to embrace existing conventions as fact. Through his work at Malvieu, he demonstrated that Iron Age northwest France was not a place of low complexity and small communities. On the contrary, he points out that large settlements with massive fortification walls and complex social, economic and political structure existed and thrived there. As a celebrated international scholar, Dr. Gorgues actively seek to engage a global audience that includes students from within and outside of France in ways that celebrate the international nature of contemporary archaeology.

Dr. Gorgues is a leading member of a young generation of French archaeologists who are multi-lingual, multi-cultural and deeply immersed in theoretical, methodological and regional histories. His project at Malvieu is shedding new light on early Iron Age France. It is also located in one of the most breathtaking areas of the country where the beauty of nature and architecture seemingly merge in a community that embraced North African immigrants early and fully – an element of contemporary European political discourse that is an add on to the archaeological field experience. 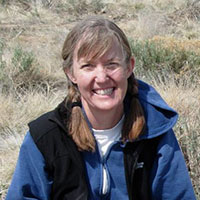 Dr. Bonnie Clark
The director of the US CO-Amache field school, Dr. Clark focus her research on using the tangible past—artifacts, architecture, settlement patterns – to tell a more inclusive history of western North America. Her most recent research project investigates and preserves the tangible history of Amache, the site of Colorado’s WWII era Japanese American internment camp. Not only does Dr. Clark’s research involve past camp guards and inmates, but she also looks at the impact the camp has – past and present – on the remote farming town of Amache. Scholars, college students, local high school students and members of the Amache community are all working together to try and untangle the complex legacy of the Internment camp.

Dr. Clark is taking the project up close and personal. While the field work, methods and theory are uncompromised, there is a lot of discussion about meaning, impact and lessons learned from history. Surprisingly – did I mention she is a maverickarchaeologist? – discussions are never one-sided. Dr. Clark goes to great lengths to contextualize decisions, understand mindsets, and explore how events unfold within political, social, economic and cultural systems, while looking at their relevance to contemporary societies and decision making processes. 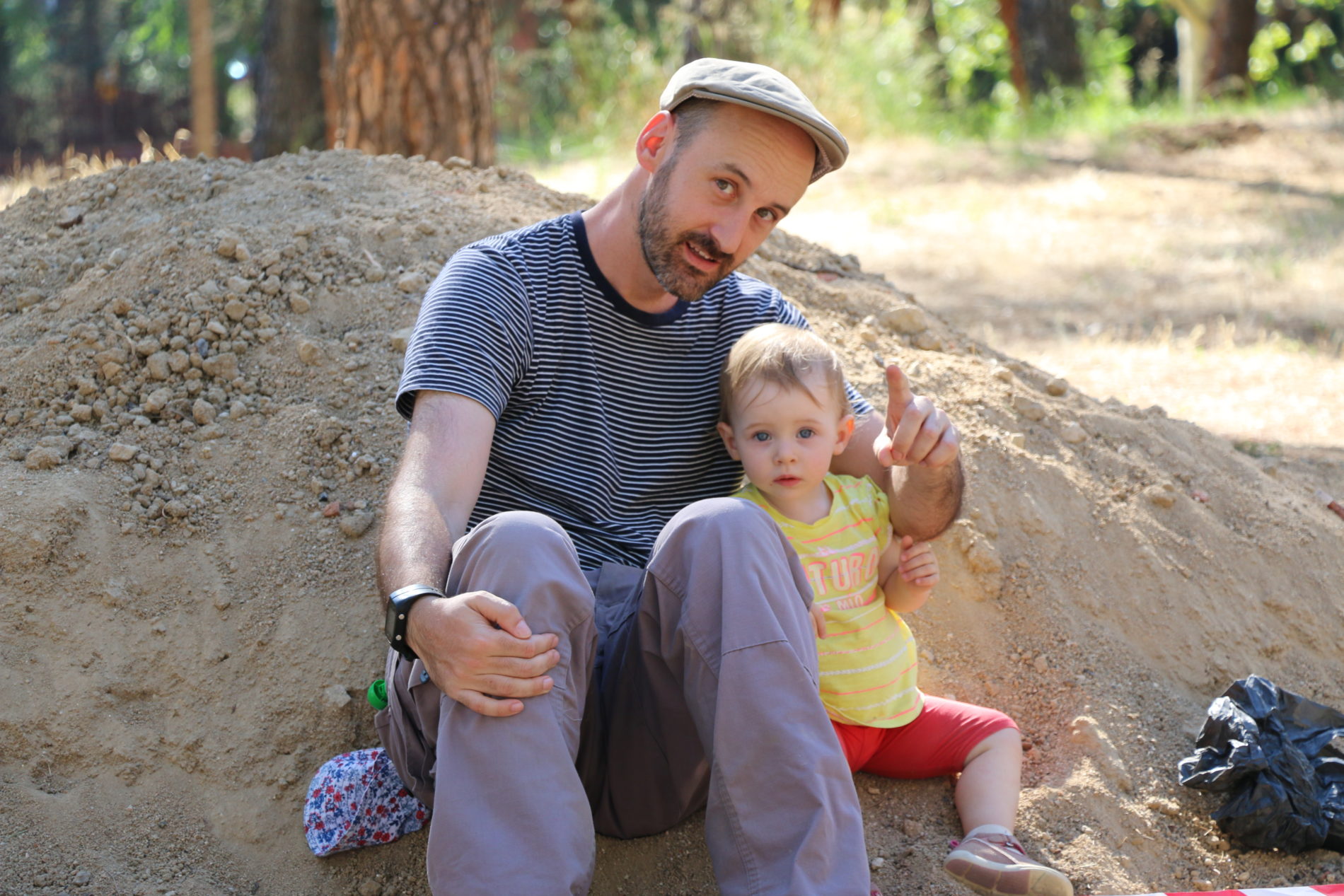 Dr. Alfredo González-Ruibal
The director of the Spain-Modern Warfare field school, Dr. González-Ruibal is focusing his research on the Spanish Civil War (1936-1939), one of the most traumatic and politically charged events in modern Spain. This was the first where modern weaponry and tactics were used (massive aerial bombardments, the blitzkrieg, among others) and involved forces and nations across the world – including the American Brigade who supported the Republican side. Dr. González-Ruibal is using archaeology to better understand how modern warfare evolved, how it affected large cities (like Madrid), and what activities, including massacres, the different sides engaged with. Given the deep disagreement within Spanish society about the events that led to the Civil War and the proceeding decades of Franco’s rule, Dr. González-Ruibal must walk a fine line separating facts from ideologically charged narratives.

Dr. González-Ruibal wrote the first archaeological account of the Spanish Civil War and its aftermath (Volver a las trincheras: Una arqueología de la Guerra Civil Española, 2016) and use ethnoarchaeology extensively in his research. His work evokes intensive interest within and outside the archaeological community. Media coverage of his excavations – especially those related to the battle for Madrid (the focus of the field school) – is common and frequent.

All 47 IFR peer-reviewed field schools are vibrant and outstanding. But these five scholars are exceptional in their innovative, dynamic research agendas, and desire to change the world. Their field schools are places of great intellectual discourse. Students who attend can expect to be challenged, inspired, and to learn much about both the past and its impact on the present.