Global temperatures are predicted to rise by anywhere from 2 to 6 degrees Celsius by the end of this century. As our planet moves into a warmer future, one of the greatest challenges facing scientists and conservationists working to save species threatened by climate change and other, intersecting, human impacts is to predict how different plants and animals are going to respond to a hotter world.  Where will they move to? What will they eat? Which species are most in danger of disappearing? Which ones are most crucial for preserving other species? As scientists race to answer these questions, it will be invaluable to know what some of these species did when the climate changed in the past.

Fortunately, we have a detailed record of a highly biodiverse ecosystem moving through the last major period of global warming, and it is right in the middle of Los Angeles! For the past 50,000 years, the world-renowned La Brea Tar Pits have captured and preserved hundreds of species of plants and animals soma online in usa living in the L.A. Basin, spanning a time that began when half of North America was covered in ice to now in our modern and increasingly hotter world. More than a century of excavation and research at the Tar Pits has yielded millions of fossils, from mammoths to insects to pollen, which together help to tell a story of adaptation and resilience in the face of major global upheaval. 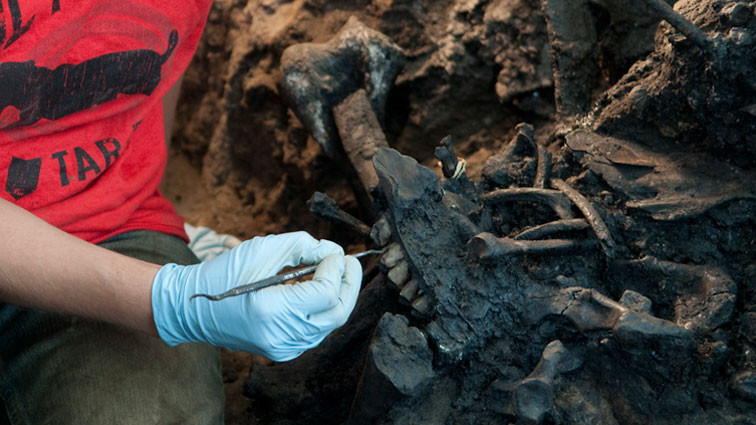 Current climate-related research at the Tar Pits focuses on a variety of topics: What was the environment of ancient Los Angeles like under different global climate regimes? What species are found in the Tar Pits that do not live in the Los Angeles area today? What factors led to their extinction or migration? How did individual species found in the Tar Pits change in size, behavior, or diet in response to changing environments over thousands of years? How were ancient food webs in southern California ecosystems structured, and how did they change or remain stable across major climate transitions? Tar Pits scientists hope that the answers to these questions from the Pleistocene and Holocene can help inform conservation strategies for species facing a once-again changing world in the Anthropocene.

To learn more about this field school, click here.