From Primates to Plants: Forest Ecology in the Rungan

From the beginning of July until last week we have been living and working in the Rungan Forest, gradually building our understanding of the habitats found there and the animals that inhabit them. I’m Arabella, one of the expeditions and volunteer coordinators this year, and volunteer from last year. It has been really wonderful to come back and explore this incredible forest more.

The Rungan has potentially one of the largest unprotected populations of orangutans and gibbons, so one of the most important things we have been doing is working towards estimating the number of these apes found there. For both animals, we have to use indirect methods because, unlike in Sabangau, animals are still unused to people so, difficult to see. During the month we were there, I saw gibbons three times, but that was more than most and on two occasions, it was just glimpses of them swinging gracefully away. So, in order to estimate the density of individuals in an area, we get up early in the morning and listen for their calls from three different positions. You can then pinpoint groups in a certain area, eventually scaling up to the whole forest. The results of these suggest that there are at least 4 groups living just around camp, indicating a significant population in the area. On the other hand, orangutans don´t call regularly so instead, we survey the nests they make to sleep in each night. Walking along while simultaneously trying to find all the nests can be pretty challenging, especially in the swamps where we ended up falling over and getting very wet more than once! 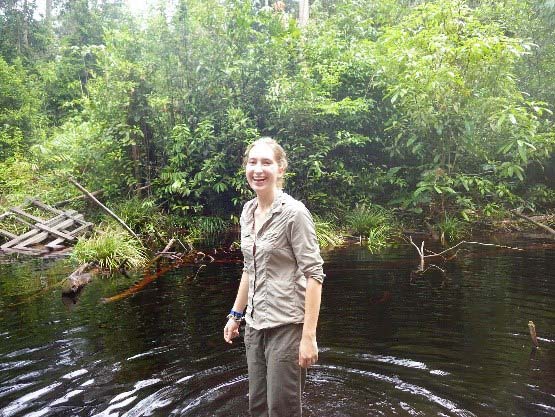 As well as the apes, it has been great to discover what other species are found in the forest. Throughout the month we conducted fish, butterfly, moth and bat surveys. We caught over 500 fish, 100 butterflies, and almost 1000 moths in total with many of those belonging to species previously unknown to be found there. Most of the moths have yet to be identified and there are likely to be many species that have not been found there before.

As well as describing the presence of species, it is also important to be able to map their distribution in the different habitat types. Some of the habitats have been studied very little so we set up forestry plots to monitor tree species, tree heights, circumferences, sapling number and species found on the forest floor. This data can be used to describe the habitat type as well as to show how the forest changes over time. Seeing where certain species are found most is a vital conservation tool as priority habitats can be identified.

This project is an incredibly exciting one as, although we found so much during the expedition this year, there is clearly still so much more to find. It is wonderful to see how the programme is growing already and I´m sure it will continue to go from strength to strength in the future, with many more discoveries being made! 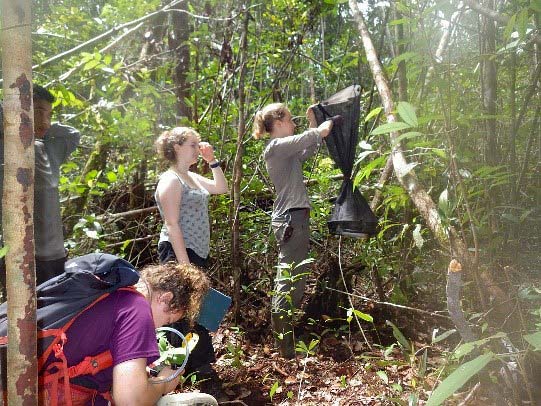