Chortega archeological sites are littered with ceramic sherds, including incised and painted pieces of polychrome pottery and intricate figurines. These ceramic items are ultimately iconic due to how common they were to Indiginous Nicaragua during the Sapoa Period. 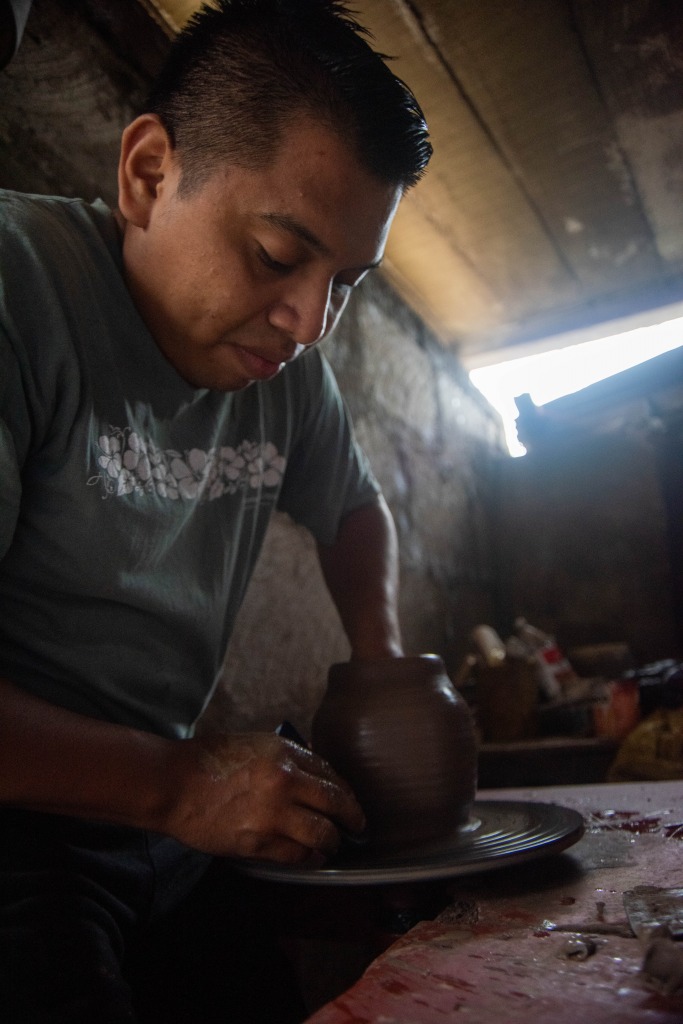 Torres spinning clay into a shapes using his foot to power the spin and his hands
to contour the bowl.

Fully intact vessels resembling the ancient pottery found at El Rayo are made today, but they lack the dirt and scars due to a few hundred years of weather exposure. They are available for purchase in San Juan de Oriente, a pottery village. Travelers stroll through the ceramic-crammed shelves that line the streets in front of the homes of local potters. They will pass roosters and a family of five before coming upon Stalin Torres, a potter who has been following the same traditions in ceramics that have lasted for centuries.

Clay and natural colors bake in the dark basement’s kilns as Torres demonstrates shaping clay on a foot-powered pottery wheel. In moments, he molds an elegant piece and then proceeds to explain the etching and painting process. The natural dyes are taken from a plethora of local resources, most notably the varied colored shores of Laguna de Apoyo, a volcano crater lake fed by hot springs.

“I love the way this whole country is connected, you have the connections of a small country with localized business,” Carley Divish, an underwater archeology student, explains after both seeing Laguna de Apoyo on Saturday and Torres’s demonstration on Sunday. “He uses the same techniques used by his ancestors. I can’t imagine having that history attached to me, to anything I do as a form of familial tradition.”

Stalin’s shop is one of the best ceramic outlets in Nicaragua. Their goods end up in some of the best retailers of Nicaraguan handcrafts, according to Sharisse McCafferty. They compete with poorly crafted pieces being hawked for high prices by peddlers targeting tourists.

There are unfortunately other pottery options for those in the market to decorate and collect. Collectors and a few expats with global reach in Granada have private pre-Columbian ceramic collections and the market for selling authentic pieces is appealing to potential looters.

Some of these collections will likely end up in one of Granada’s museums, but without archeological context, they will be rather useless as a resource for further delving into the history of  Nicaragua’s indigenous community.

Carley sees Torres’s production and sale of such crafts as an alternative route to the trade of  looted goods:

“[It is a] respect for old ways and the need for getting that pottery out into the world that doesn’t  desecrate or put their historic artifacts at risk. The connection between religion and the traditional and historical pottery items in the area is maintained because there is less of a demand to steal it or buy it from governmental agencies that may not care to keep the history of a certain people because they see people as just part of Nicaragua instead of the localized identity many people here have.” 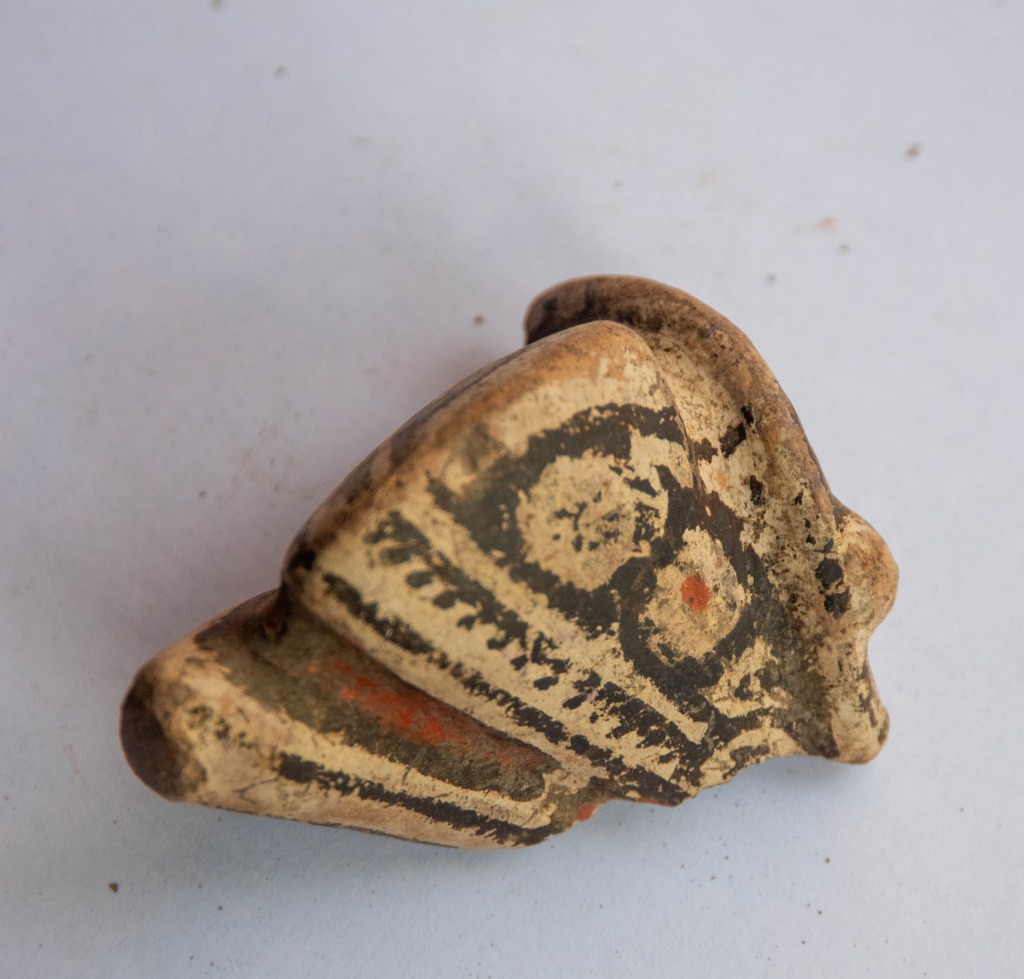 At El Rayo, two sites were recently looted. Students continue excavating, fixing and noting the looting. This looting occurs because the demand for ancient pottery cannot be satisfied by Torres and his completely traditional methods.

Mariano Salablanca Jr. is upset about the looting and violations to the property, but sees that the problem comes from a lack of understanding.

“These people do this because they are people who do not believe in or know about their origin and they don’t care about whether it’s good or bad. They only destroy,” Salablanca said squinting into the afternoon sun’s hot glare.

“Geoff and his students come and study this so that we can have more knowledge. This makes  sense because one day we will be able to teach in the museum about this culture so that families  and people can learn from it.”

The Salablancas, like Torres, care about the knowledge and stories of pre-Columbian  Nicaraguans. They have worked with IFR and look forward to setting up a museum on their  property for the dynamic and rich cultural site of El Rayo.