Combining My Passions in Anthropology and Communications: An Inside Look at My Internship with the IFR

My name is Marisa Saldaña, and I am a senior at the University of La Verne majoring in Communications with an emphasis in Public Affairs and minoring in Anthropology. I have always been interested in storytelling, and as I grew older, that interest turned into an unfettered passion for the people behind those stories. Understanding the bits and pieces that somehow, almost serendipitously, come together across time and space to be physically expressed through song, dance, or stories, is what fascinates me endlessly.

That is what brought me to the Institute for Field Research (IFR). When I first started college, I pushed aside my interest in pursuing a career in anthropology and dedicated myself to studying communications under the guise that I would someday be a photojournalist, because that somehow seemed more stable than anthropology to an anxious freshman (I don’t understand the logic but here we are). However, it was not long before I was desperately trying to find a way to combine the two. I needed to study communications to learn how to tell stories, but I needed anthropology just as much to help find the stories I wanted to tell. With my internship supervisor, the IFR Director of Communications, Moriah Mckenna, at the office!

By my senior year, I had been following the IFR on various social media platforms for several months, and I loved what they were about. I loved that this was an organization dedicated to creating spaces for students, like myself, to investigate and apply their findings to the historical record. These students were finding the stories and uncovering them, trowel in hand, one sift at a time. Surely, I followed various other archaeology-oriented accounts, but IFR stood out to me. Not only because they were great at explaining to me, the user, their mission but because they were really great at communicating via visual storytelling. So, in early February, during the internship search frenzy, I sent in my resume, cover letter, and a passionate email about why my passions aligned with the IFR’s. I hoped for the best.

I received a response, and a few weeks later I was working alongside some of the most intelligent and passionate people I had ever met. In this internship, I worked with the Director of Communications, helping manage databases that would allow us to deliver content to the right audiences. It was fascinating to see how all worked behind the curtain. I loved how familiar some parts were (i.e. metrics, writing in an academic voice, databases) but also how completely unfamiliar other parts were (i.e. Mailchimp, marketing best practices, writing for specific audiences). I was even lucky enough to attend the Society of American Anthropology conference in Albuquerque, New Mexico. It was a week-long excursion during which I was able to meet other anthropologists, archaeologists, conservators, Fulbright scholars, professors, and so many lovely and passionate students. 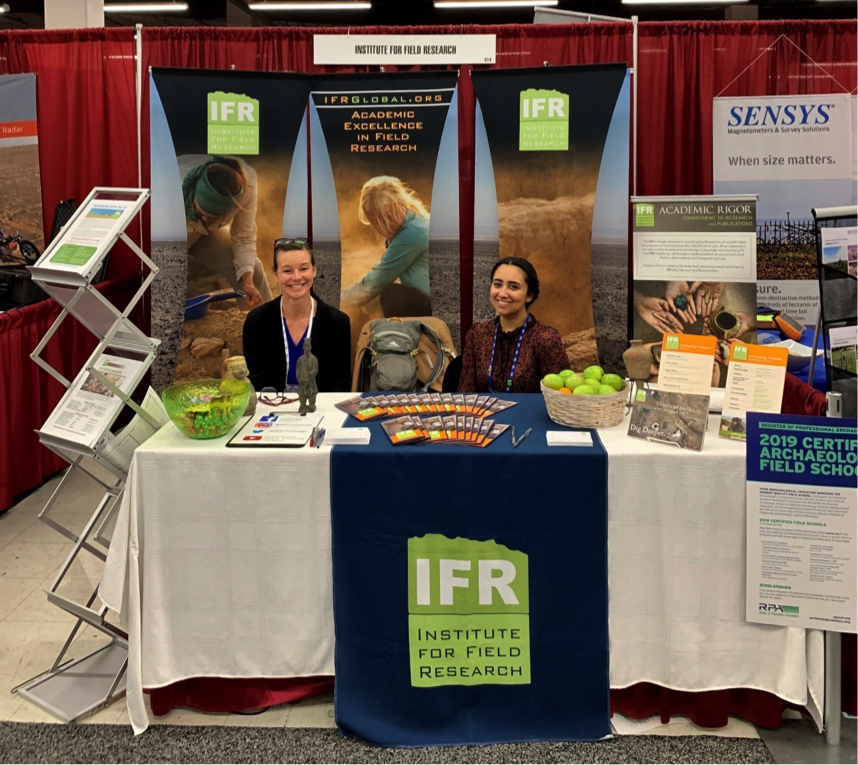 Tabling at the Society for American Archaeology (SAA) Conference in Albuquerque, New Mexico 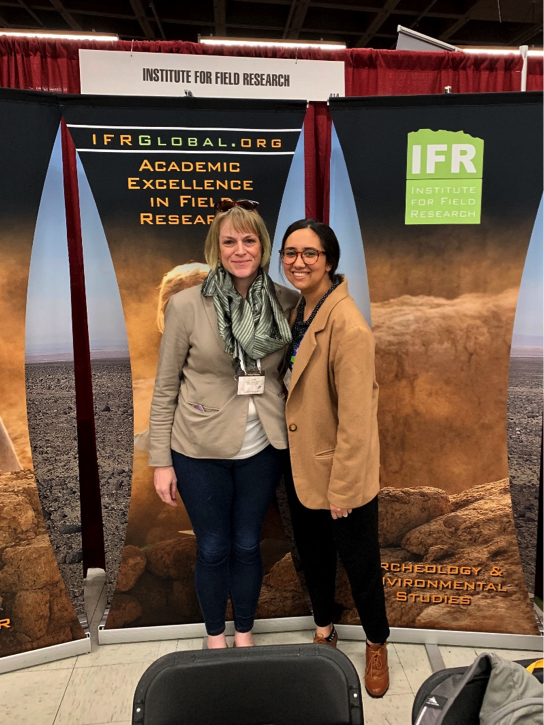 Found my archaeology professor from University of La Verne at the SAAs!

We stopped at sites along the trip from Los Angeles to Albuquerque, making conversation with rangers at the Petrified Forest, eating sandwiches by Agate Bridge. We got slightly snowed on at Chaco Canyon while learning about the recent discoveries made at the site from southwest archaeologist and director of IFR’s New Mexico: Gallina Landscapes field school, Dr. Lewis Borck. It was quite an adventure, and I really do not think I will ever come across one quite like it again. 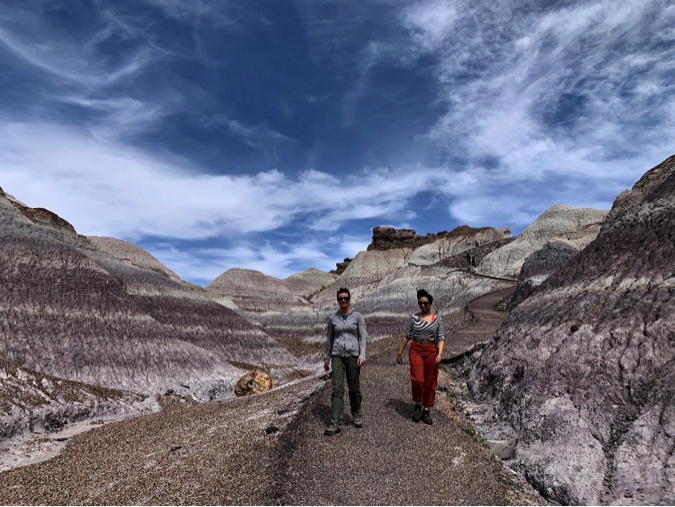 Taking a walk through the Petrified Forest in Arizona with UCLA/Getty Objects Conservator, Vanessa Muros, on our way to the SAA Conference. 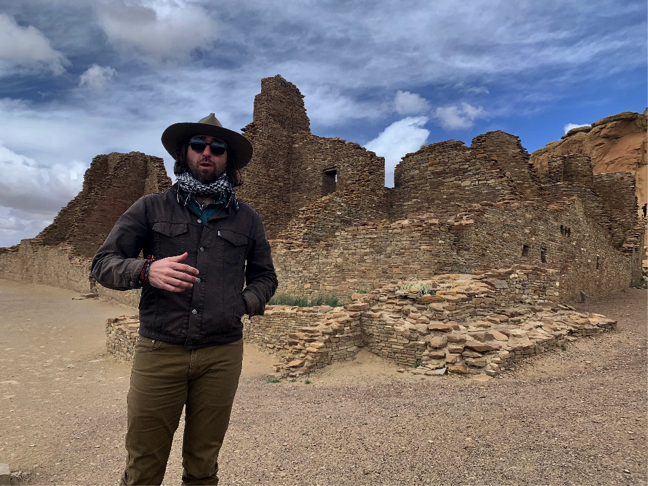 My time at the IFR has shown me that my dreams were not in vain, that there is a place for me in the anthropology world after all – event if I don’t want to become an academic. I am extremely grateful for the opportunities the IFR has given me to not only learn so many new skills, but to hone old ones and most importantly, in my opinion, to find direction. I am still finding new ways to tell stories both old and new, but I feel more secure in knowing that, because of the IFR, combining both my skills and my passions does not feel like that big of a leap anymore.