From primate behavior to artificial intelligence to human cognition, we covered the gamut with Evolutionary Anthropologist and Cognitive Psychologist, Dr. Chris Krupenye. 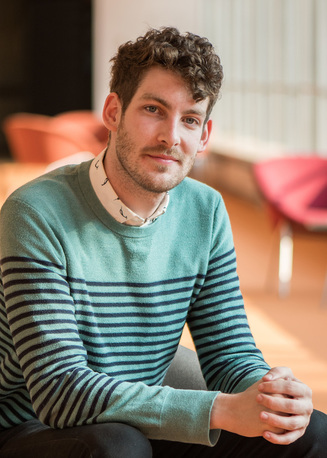 When we talk to prospective students about IFR field schools, we frequently encounter this response: “I am not an anthropology or archaeology or environmental studies major, so your programs do not apply to me.” While it is true some students have a very specific research or skillset interest in mind to explore deeper in an internship, IFR field schools are all motivated by unique research questions that, each in their own, apply widely to many different disciplines. Our field school participants have the chance to get out of the classroom and on their feet, doing work in real-time and engaging with communities all over the world. These programs offer a once-in-a-lifetime chance to dive into subjects from a completely new angle or perspective. Even if you aren’t going to be researching myths and ritual in northern India for the rest of your life, you may one day become a legislator or a lawyer, involved in developing global policy that directly affects the culture you spent an entire month or more studying and engaging with in a field school. The resulting cultural relativism and sensitivity you will have gained from such an experience is only one takeaway scenario.

To illustrate a greater example, I recently spoke with a postdoctoral fellow whose research crosses boundaries between biology, psychology, and anthropology. You may have already read about Dr. Chris Krupenye’s non-invasive research with primates featured in the New York Times or other news outlets and scientific journals. However, my conversation with him covered a range of topics from behavior of our closest human relatives – chimpanzees and bonobos – to artificial intelligence, to the evolution of social cognition. A look back at his education can attest that Dr. Krupenye has led quite an interdisciplinary career path thus far. After graduating with a Bachelor of Arts in biology from Connecticut College, he earned a PhD in Evolutionary Anthropology from Duke University. He soon went on to do postdoctoral work in Developmental and Comparative Psychology at the Max Planck Institute for Evolutionary Anthropology and later, a fellowship in the School of Psychology and Neuroscience at the University of St Andrews in Scotland.

Drawing from both cognitive psychology and evolutionary anthropology, Dr. Krupenye explores questions that fit well into both disciplines. In a broader sense, they explore the cognitive mechanisms that people and animals use to solve a problem, how these abilities evolve(d) and their adaptive significance – how they have helped humans to survive and reproduce. From some of his latest work with bonobos, Dr. Krupenye and his research team have been exploring the evolution of human generosity and cooperation compared to bonobo behavior. They performed experiments that examined bonobo tendencies for generosity by giving one some food and the other a few rocks (tools that could be used to access the food). These experiments showed that bonobos had some cooperative tendencies – the one with the food would sometimes hand a bit over to the other, but the one with the rocks would almost never return the favor by handing over a tool. “This work is focused on figuring out the traits we think could be special about humans,” said Dr. Krupenye, “and then testing for those traits in our closest relatives. In scenarios where we find that chimps, bonobos, and humans all share a particular trait, it is most likely the case that that trait is evolutionarily ancient, and was already present six to nine million years ago in the last common ancestor that we shared with the other living apes. Traits we can’t discover in our closest relatives are likely unique abilities that have evolved at some point on the human lineage alone.”

The research Dr. Krupenye conducts walks the line between psychology, cognitive sciences, and anthropology. He explained that all are “interested in behavior and cognition and how those arise and vary between different groups [of people]. There are a variety of approaches to these questions, but the mind is responsible for our behavior so intrinsically, [cognitive science and psychology] are related to all of anthropology. All three of these disciplines are interested in the origins of the human condition.” Speaking of this, our conversation moved to artificial intelligence (AI) and the ability for humans to construct a human brain in a robot. On the future of this field, Dr. Krupenye outlined that it is matter of objective. He explained that one goal could be aimed at creating computers or automation that can accomplish human tasks, while another goal could be to model the human mind. “But the human mind is not intelligently designed – it is designed by evolution. It’s efficient, it’s beautiful, but it’s not perfect. That means that there is probably an easier and better way to recreate it [in a machine]. Whether we can create something like consciousness in a computer, I think we are far from that.” Certainly, the field of AI is one at the intersection of philosophy, cognitive science, and anthropology, among many others.

As for the current moment, Dr. Krupenye is working on research that looks at the ability of apes to exhibit what is referred to as “the Theory of Mind.” This theory describes the ability for beings to conceptualize what is going on in others’ minds, infer what others might be thinking, and therefore, infer their intentions. In his experiments, zoo-housed chimpanzees, bonobos, and orangutans watched videos of a human interacting with a costumed gorilla while a camera below the screen recorded where in the videos the apes were looking.  In the key tests, the human actor believes that the costumed gorilla is hiding inside a particular hay bale because the human watched the gorilla hide there but, after walking away, the gorilla moved to the other hay bale. When the actor returns to the scene to search for the gorilla, the researchers assessed whether apes anticipated where the actor would search for the gorilla. If the apes understood that the actor incorrectly believed that the gorilla was still in the original location where the actor last saw the gorilla, then when they actor returned, the apes should look to that location in advance of (i.e., in anticipation) of the actor searching there. This is exactly what apes did. Similar experiments have been performed with human children, and they exhibit this capability to understand what others are thinking or others’ false beliefs, even though they know what is true. Dr. Krupenye explains this as “the litmus test for a fully developed social cognition where you understand that others have differing views of the world and perspectives than your own. These perceptions may conflict but can still occur simultaneously.” From the studies he has conducted, apes seem to exhibit this understanding.

Throughout my entire discussion with Dr. Krupenye, the links between all the disciplines mentioned throughout this article were constantly brought to the surface. From a psychology perspective, questions that emerge might be: “What are the exact cognitive mechanisms that people or animals are using to solve a problem?” From a biology and anthropology perspective, questions might be framed: “How did these traits/abilities evolve, what is the adaptive significance in the wild, and what are the implications on socialization and human relationships?” In reference to this, Dr. Krupenye said “I’m really interested in all of these, so I’m safely in the middle.” Similar to the intersections of multiple disciplines that have been outlined here, IFR field schools draw from a number of different topics and fields. Connections can be made with an open mind and examination of the research questions to be explored in each program. Dr. Krupenye left me with these words, and they hold true to the mission of IFR programs: “Certainly, anthropology is a field that aims to equip students with the kinds of flexible and critical thinking skills that make them adaptable and capable of excelling in many different disciplines.” We argue this point whole-heartedly, and hope to help you hone a critical mindset and global perspective in any field school for which you choose to apply.